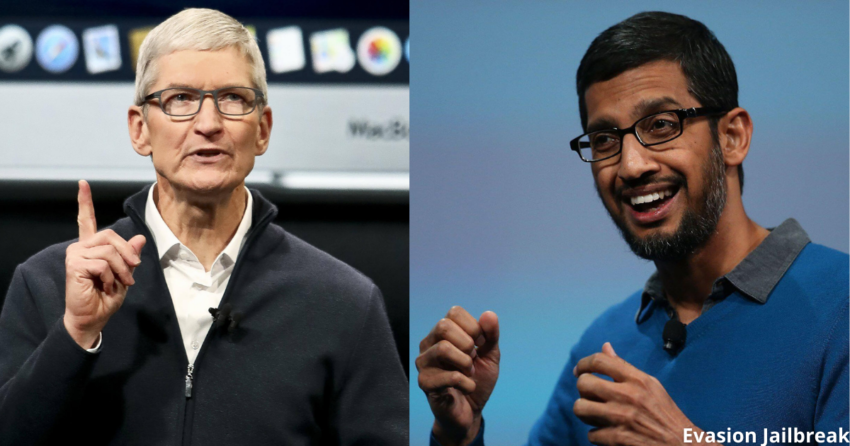 When it comes to having control over the device, Android offers numerous benefits over iOS. One of the most significant advantages of Android is that it allows users to download applications from a variety of sources. It including the capability for app side-loading. During an interview with Brut, Tim Cook stated that if Apple was compelled to enable app sideloading as Android allows. It would ruin iOS’s privacy and security.

Apple CEO Tim Cook has spoken out against app side-loading. “That [side-loading – ed] would destroy the security of the iPhone.

And also a lot of the privacy initiatives that we built into the App Store. We have private nutrition labels and app tracking transparency. However, it forces people to get the permission to track your across apps,” he said in response to a question about side-loading apps on iPhone.

And also, he claimed that Android had 47 times more malware than your iOS.  Although he did not provide a source for this information.

According to a Nokia research from 2019, Android was responsible for around 47 percent of the discovered malware. And also compared to 1 percent for iPhone. However, malware for Android decreased to 26.6 percent the next year. Malware for iPhones increased to 1.7 percent.

While Tim Cook dislikes the practice of software side-loading, Apple enables it provided the user has a developer account.

A further report from the Washington Post states that over 2% of the top 1,000 grossing applications on the App Store were scams, with over 120 million users installing such apps.

It is worth mentioning that Android does not require people to side-load programs or install apps from sources other than the Play Store by default. Users must provide permission before installing an app from somewhere else. Furthermore, Android controls more than 70% of the worldwide mobile operating system industry. Hostile actors often target the most popular platforms.

Does the theory hold water?

There is no question that the ability to side-load apps is a security concern. And may hypothetically lead to the spread of additional viruses. However, by default, Android phones are limited to utilizing the Play Store and/or an OEM app store.

Users who wish to side-load an app must still explicitly allow this access to a browser like Chrome. The browser still cautions users that the APK file may cause harm. It’s simply that iPhone users have to go through additional hoops, making it more difficult for harmful apps to be loaded.

That is not to suggest the Play Store is without flaws; we often receive complaints of malware apps being discovered on the platform. However, it does reveal that Apple’s own store isn’t as safe as the company would have you think.

It’s also worth noting that Android 12 will increase support for alternative app shops, with Google laying out certain requirements for these stores in order to improve security. So the search engine giant appears to believe that there is a way to embrace side-loading while yet providing some sort of security.

Do you appreciate the ability to install programs from third-party sources on your phone?