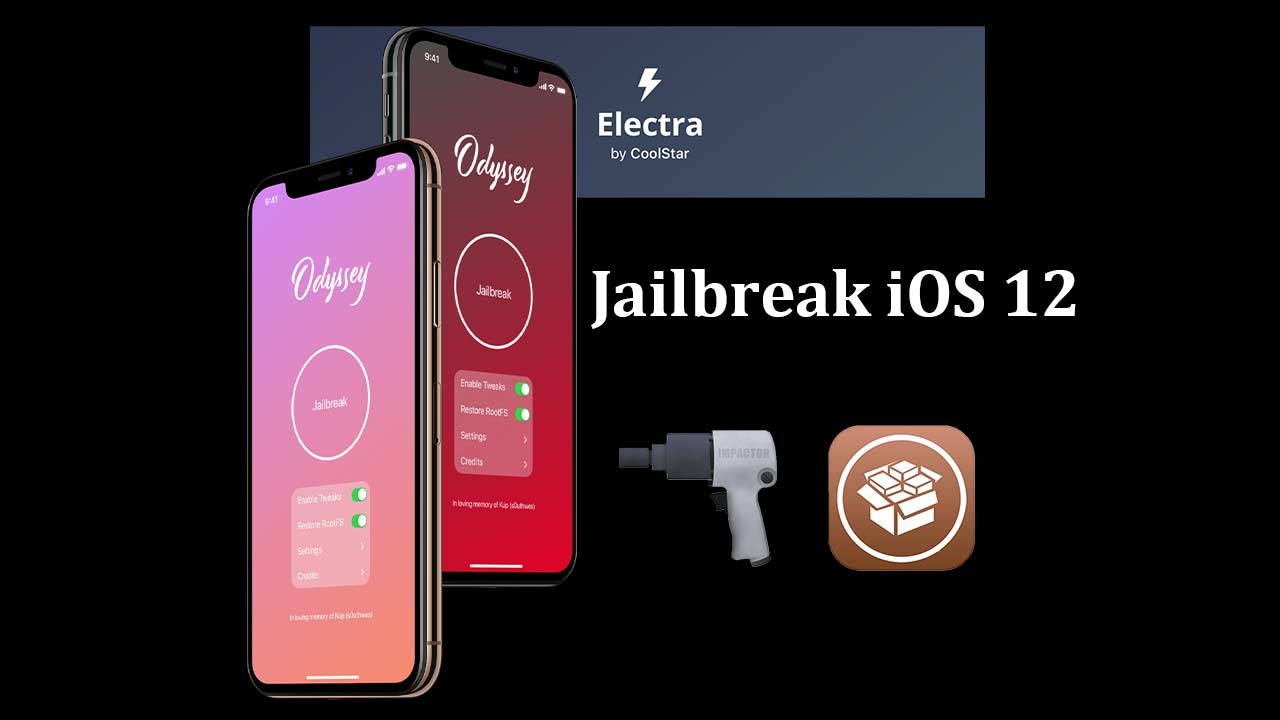 Apple has introduced iOS 12 at the 2018 WWDC in June, which includes several new features and improvements, the next major iOS software upgrade for iPhone , iPad and iPod touch. Among the new features on iOS 12, Memoji allows users to quickly convert into an Animoji with a range of personalization options, upgrades to the Photos app, and Siri Shortcuts that give users automation workflows and much more. However, despite new iOS 12 features and improvements, iOS 12 jailbreaking has still been justified, such as installing iFile, which offers file system access, customizing tweaks like Message Customizer, which allows you to customize every aspect of the Message application, locking apps and folder via Touch ID and much more.

Apple has updated 6 bug fixes and improved updates for iOS 12 to date.

You can use uncover and chimera to jailbreak iOS 12.

Chimera jailbreak can also be utilized in iOS 12.3 jailbreak, although only certain beta versions are supported. The iOS 12.3, iOS 12.3.1 and iOS 12.3.4 releases currently are not supported, as Apple has patched the exploits used for jailbreak tools.

It’s better use uncover jailbreak for iOS 12, as Cydia makes the installation of jailbreak tweaks a lot easier.

Download the latest version of Unc0ver jailbreak from Github

Download the latest version of Chimera jailbreak from here

It is extremely important that you ensure that no iOS 12 OTA file is downloaded and stored on your device before trying to jailbreak your iPhone or iPad with Unc0ver. Make sure you remove it from Settings->Storage and only then continue to jail your iPhone / iPad. If there is an OTA file, your device is respring or rebooted.

Guidelines for Jailbreak iOS 12 on iPhone and iPad

For assistance, check our Jailbreak Guide for step-by – step instructions on how to Jailbreak iOS 12 – iOS 12.4 with Uncover Jailbreak or Chimera Jailbreak Jailbreaking Guide.