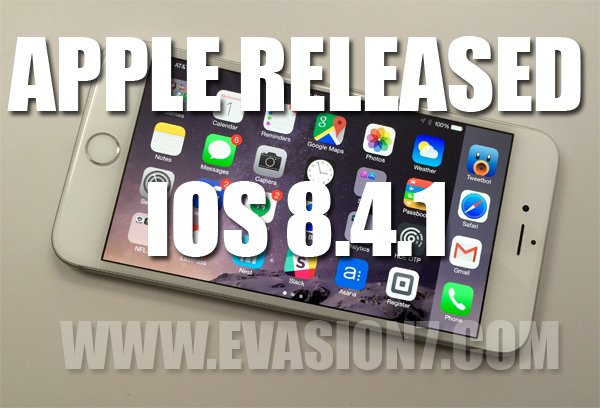 We just got confirm that Apple has patched all exploits which were used in Taig and PP-jailbreak n iOS 8.4.1. Therefore you can’t use Taig for jailbreak iOS 8.4.1 anymore. We are waiting for an update from taig to be compatible with iOS 8.4.1.

Apple just released iOS 8.4.1 latest iOS update for public. It’s almost one month from the iOS 8.4.1 beta 1 and two weeks from iOS 8.4.1 beta 2. According to rumors the iOS 8.4.1 cannot be jailbroken using Taig or PP jailbreak because Applse has patched up exploits which were used in iOS 8.3 & 8.4. We will update you as soon as confirmed about iOS 8.4.1 jailbreak possibility. It’s better to stay out of upgrading if you have jailbroken your device.

The new update has fixes and improvements as follows

You can get the complete update notice from the Apple website here. If you haven’t jailbreak your device yet, You can jailbreak up to iOS 8.4 using Taig jailbreak. Please visit our dedicated iOS 8.4 jailbreak page for more details and Taig download. You can download iOS 8.4.1 directly on your device at Settings > General > Software update if you are not interested about jailbreak iOS 8.4.1.