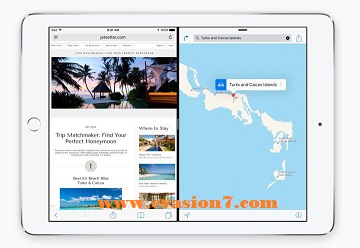 Mobile phones, today is being an essential tool for worldwide peoples because of the technology of it. When talking about technology “Apple” is the main name come for our mind, the leader of the technology. Apple team have seeded a special update as iOS 9 to open a new capture of their history, before two months ago. As the result of it Apple was able to release iOS 9 final version on 16th of September. Today Millions of Apple users move to install iOS 9 for their iPhone, iPad and iPod touch. The reason to interest for this iOS 9 version by most of the people is this version can give an unbelievable experience for them, any previous mobile operating system couldn’t give that experience. That is, iOS 9 inspired jailbreak tweaks as features for iOS 9 download. With this option, Apple has tried to reduce jailbreak iOS 9 percentage. Anyhow, this is  good news for Apple users because now they can do more things without jailbreak their device.

Apple specially created the multitasking app for iPod touch device with iOS 9 download. But you can get that app on iOS 8 also with using Cydia tweak called, “RoundedSwitcherCards”. And iOS 9 download have to multitask as split-screen to run multiple applications at once this also a copy by a Cydia tweak.

There is a jailbreak tweak called, Searchsettings within long time on iOS. It is a very useful tweak for Apple users because in iOS have several settings and sometimes difficult to find them. So apple has created an app which similar to Searchsettings for iOS 9 download.

Battery life e of iOS device is a problem for more users. Because of that there has a jailbreak tweak as “BattSaver” from 2012. With using this tweak also iOS 9 inspired jailbreak feature. Briefly iOS 9 will deliver a new low power mode to save the battery with disabling background app refresh, decreasing the brightness of the screen and another few options.

Last app also a famous tweak because it gives you two features such as “back to search” and “Back to app” this tweak saves your taps and times so Apple have included an app for iOS 9 with using Last App’s concept.