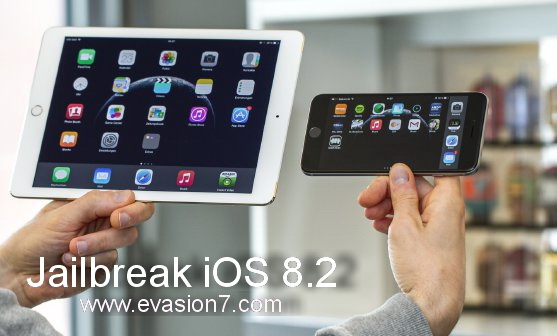 Tool for Jailbreak iOS 8.2 untethered is to release by TaiG.

TaiG preparing jailbreak iOS 8.2 compatible tool. Apple has patched up all vulnerabilities used by TaiG and PP jailbreak after iOS 8.2 beta2. So we cannot guarantee who will jailbreak iOS 8.2 until someone officially release a iOS 8.2 jailbreak tool. TaiG has given some clues about update TaiG for jailbreak iOS 8.2 while Mobile Security Summit which held at China. We recommend you to prevent iOS 8.2 upgrade on your device if you already have Cydia on it.

Apple has begun pushing out iOS 8.2 beta versions since several weeks back. Jailbreak iOS8.2 wouldn’t be a big deal as mentioned by TaiG when they released iOS 8.1.2 jailbreak tool. Currently iOS 8.2 is only available for Apple developers and the latest update were iOS 8.2 beta 3. TaiG team clearly said that they can jailbreak iOS 8.2, but will stay until iOS 8.2 become public and stable. We are always being alert about latest updates of iOS 8.2 and iOS 8.2 jailbreak news. We will bring you the good news as it happens.

There’s no wonder of download Cydia on iOS 8.2. Since Cydia installation is basic requirement of jailbreaking, it’ll be possible with any iOS 8.2 jailbreak tool. But there’s a little possibility of integrating new iMods app store instead of Cydia appstore. But we believe Still Cydia has the monopoly of jailbreak apps and any iOS 8.2 jailbreak developer will have to bundle Cydia with their tool. Sometimes iMods will be offer as an alternative appstore like Taig offered their own Chinese appstore in Taig 1.2.

iOS 8.2 will release soon after few weeks. Third beta version seems stable enough and we can expect public release very soon. iOS 8.2 will support all devices covered by iOS 8.1.2. Additionally iOS 8.2 will equipped with compatibility of Apple watch. You will be able to upgrade your device into iOS 8.2 via over the air or iTunes once it pushed public.

Who will jailbreak iOS 8.2

We recommend not to upgrade your device to iOS 8.2 as soon as it released. You can wait and see what’s going on. May be Apple has to fix some bugs and pushed another update. Most importantly, we can’t guarantee jailbreak iOS 8.2 until it become live. Apple might have patched up all exploits which spotted by TaiG team when final release of iOS 8.2. We will have to wait for a while for an iOS 8.2 jailbreak tool if such thing happens. So it’s better to stay away from upgrading if you are hardly depend or addicted on jailbreak apps and tweaks.