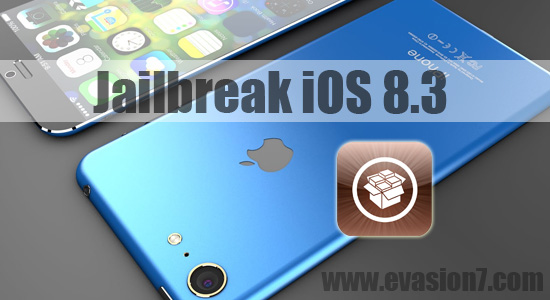 Pangu 8.3 jailbreak is coming on this Monday

Pangu has broken the silence after months. A news report of Tools4Hack said that Pangu Jailbreak team is preparing to release iOS 8.3 jailbreak tool within few days ahead. In addition to the news report, Pangu Jailbreak team member Daniel_4K also mentioned that Pangu 8.3 will be released right after Apple rolled out iOS 8.4. According to the news source, Pangu team has show off a demo run of iOS 8.3 jailbreak at the MOSEC (Mobile Security Summit).

But there were rumors raising the Jailbreak iOS 8.3 is not gonna happen and Taig will work for jailbreak iOS 8.4 by passing 8.3. We also believe that iOS 8.4 jailbreak will be more important than jailbreak iOS 8.3 because Apple has planned to step into iOS 9 and lots of Apple devices will remain with the final iOS 8.4 update. Pangu 8.3 might not release exactly on this Monday although rumors said to be like that. Because Pangu will release their new tool only after iOS 8.4 update and sometimes Apple might delay iOS 8.4 update until iOS 9 beta introduce on upcoming WWDC.

IMPORTANT – Stay out of upgrading iOS 8.3 if you have already jailbroken your device.

iOS 8.3 can’t jailbreak yet. The best thing is to avoid upgrade your device. You can use iLexRat or Semirestore if you want to restore your device due to lag of performance and if you think it’s because of unnecessary Cydia tweaks. Semi restore will remove all Cydia tweaks from your device without lose your jailbreak.

Apple has fixed many security errors on iOS 8.3 and also patched up an exploit. So it’ll be hard to jailbreak iOS 8.3 than we expected early. Sometimes iOS 8.1.3 or 8.2 will be jailbreak before iOS 8.3. So it’s bit worth to stay with iOS 8.2 or 8.1.3 if you have already upgraded to such version and although they cannot still jailbreak.

There’s no way back to older iOS versions once you upgraded. Tinyumbrella can grab SHSH blobs up to iOS 8.2 but not possible to downgrade yet. therefore think twice before upgrade to iOS 8.3. iOS 8.3 has several improvements and wireless carplay connectivity feature but no point to the extreme requirement for the upgrade. You can check our dedicated page for latest news and updated regularly for the latest alerts.

There are lots of scam websites who claim they have iOS 8.3 jailbreak and make a payment or complete a survey to get it. Please remember that all of those are fake and scam. You will be ended up with lots of malware and frustration. The real jailbreak tool will always be Free of charge. Most probably jailbreak tool will run on the PC while your device connected to the PC. There are no jailbreak tools which runs directly on your mobile device.

Alternatively, we have Free Cydia demo for Apple users. It can simulate the Cydia interface on your device but not real Cydia functions. We will update you when there’s real jailbreak tool is available through the Cydia demo if you install it on your Apple device.