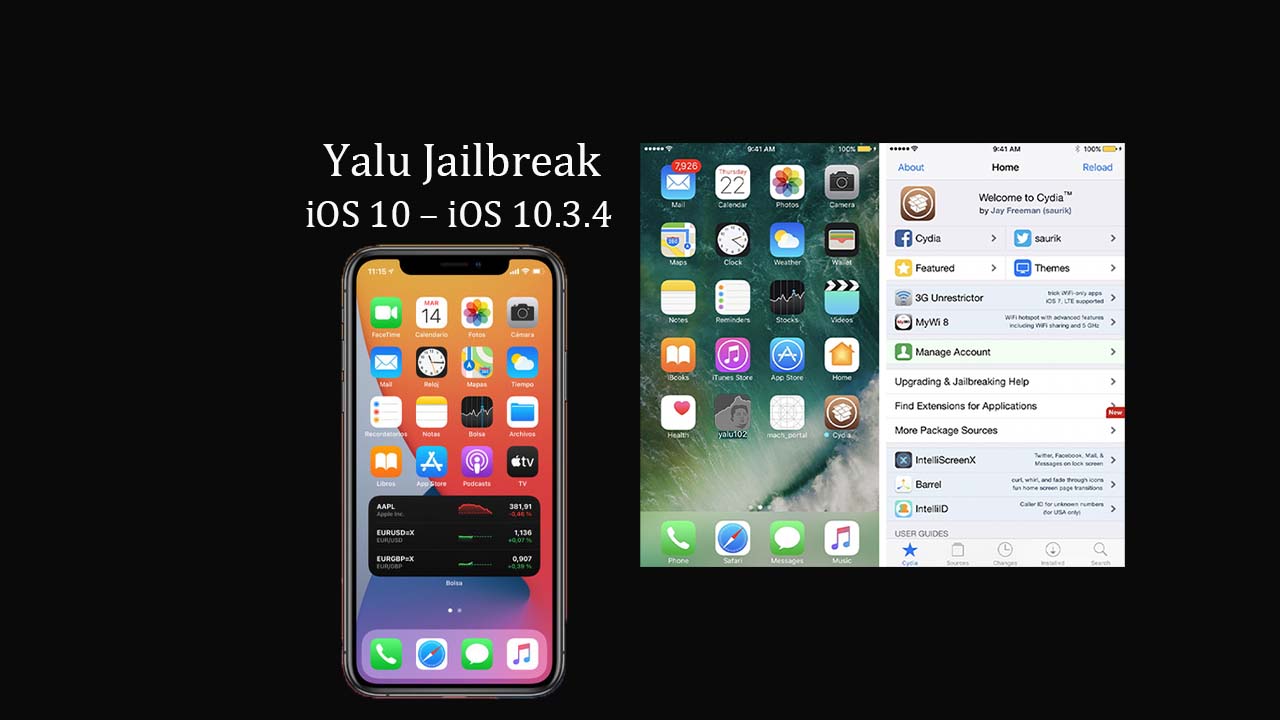 The first jailbreak for iOS 10 was Yalu (formerly Yalu + Mach Portal), it was released on December 21, 2016, by well-known hacker Luca Todesco, known as his Twitter handle qwertyoruiop. This tool made use of Ian Beer’s, of Google Project Zero, mach_portal exploit. It supported select 64-bit devices such as the iPhone 6s, iPhone 6s Plus, iPhone 7 and iPhone 7 Plus.

Then Todesco released a more stable version of the Yalu jailbreak tool for iOS 10.2 by using Ian Beer’s, extra_recipe exploit with the help of Marco Grassi on January 26, 2017. It supports all 64-bit devices except for iPhone 7 and iPhone 7 Plus.

You have to use a computer application known as Cydia Impactor to install the Yalu jailbreak. The jailbreak is a semi-untethered jailbreak, which means that when the iOS device boots, it will no longer have a patched kernel. You are required to run the Yalu app again, to re-jailbreak your iOS device. The other limitation of the jailbreak is that the Yalu app certificate expires seven days, so you have to reinstall it again using Cydia Impactor to renew it for another 7 days.

Works with the following iOS devices on iOS 10.1.1:

Yalu jailbreak needs a companion GUI-based tool called Cydia Impactor, which you need to download on your computer to jailbreak your iPhone, iPad or iPod touch.

If you need any help in jailbreaking your compatible iPhone, iPad or iPod touch with Yalu Jailbreak then check out our guide:

As always, let us know how it goes in the comments.